What we've seen in our work is that most people don't give themselves permission to live until they've been given a terminal diagnosis.
Stephen Levine

Here are half a dozen studies that one could loosely put under the broad umbrella of positive psychology.  Zorba the Greek said "Take what you want and pay for it, says God." and Niemiec et al's study, on the effects of achieving different kinds of goal, supports this statement (for all six research studies mentioned in this blog post see below for abstracts and links).  Quoting Niemiec et al's somewhat awkward language: "The relation of aspiration attainment to psychological health was found to differ as a function of the content of the goals. Attainment of the intrinsic aspirations for personal growth, close relationships, community involvement, and physical health related positively to basic psychological need satisfaction and psychological health.

So we're past yesterday's workshops and into the first day of the conference proper.  Two and a half days now involving about 51 symposia, 5 panel debates, 8 open paper sessions, 2 poster sessions, and 17 keynote addresses.  I really like this Exeter campus with it's trees and little paths.  Easy to get lost, but lovely.  I also really like the many casual conversations - in coffee queues, at breakfast, with whoever's sitting beside you in a lecture.  Lots of interactions.  The conference attenders are almost universally friendly and easy to strike up chats with.  We all have the shared interest of psychotherapy, so it's very straightforward to hit the ground running when talking to complete strangers.  At the same time, I sometimes find these conferences quite lonely - great for social integration, not so great for social intima

Exeter.  I really like the way that the British Association for Behavioural and Cognitive Psychotherapies (BABCP) conferences rotate around a whole series of UK university towns.  This is the 37th BABCP Annual Conference, and I guess I've been to a dozen or more of them over the years.  They tend to follow a similar pattern - beginning with a choice of optional one day workshops, followed by two and a half days or so of conference proper.  There are about 20 one day workshops to choose from this year, and I've plumped for Ed Watkins's "CBT to treat anxious and depressive rumination" (click on the workshop title for a fuller description).

Heading home.  Up quite early this morning.  Eventually left the hostel about 9.00am.  I drove up to Inverness before looping round to head down the A9.  I've just stopped in Aviemore at the Mountain Cafe  for old time's sake.  I came here a year ago on the way back from a trip camping and walking in the Fainnichs.  I was here again last October with my son-in-law and a friend after we'd walked north through the Lairig Ghru  - the marvellous pass through the Cairngorms.  This is a great cafe.  Eating their "Fresh fruit glass with runny honey and natural yogurt" more to justify my place at a table than anything else.

Last night I slept in a hostel rather than a tent.  In fact the predicted gales and lashing rain never materialised.  Some rain, some wind, but I woke in a comfortable bed feeling a little foolish, and very much recharged.  Last night, good pub food, a shower, and a mattress rather than a sleeping mat.  Yup and today's walk  was beautiful.  When I got back this evening, a girl working here at the hostel, said "Well someone's caught the sun.  You look as though you've been in the Caribbean."  And it was a lovely day.  I drove back out to the start of Glen Affric, then walked up Gleann nam Fiadh for about 4 km before heading north up beside the stream and then angling west to climb the south-east ridge of Tom a' Choinich (hill of the moss).  Extraordinary views back to yesterday's walk and the beauty of Mam Sodhail/Mam Soul, Carn Eige and Beinn Fhionnlaidh. 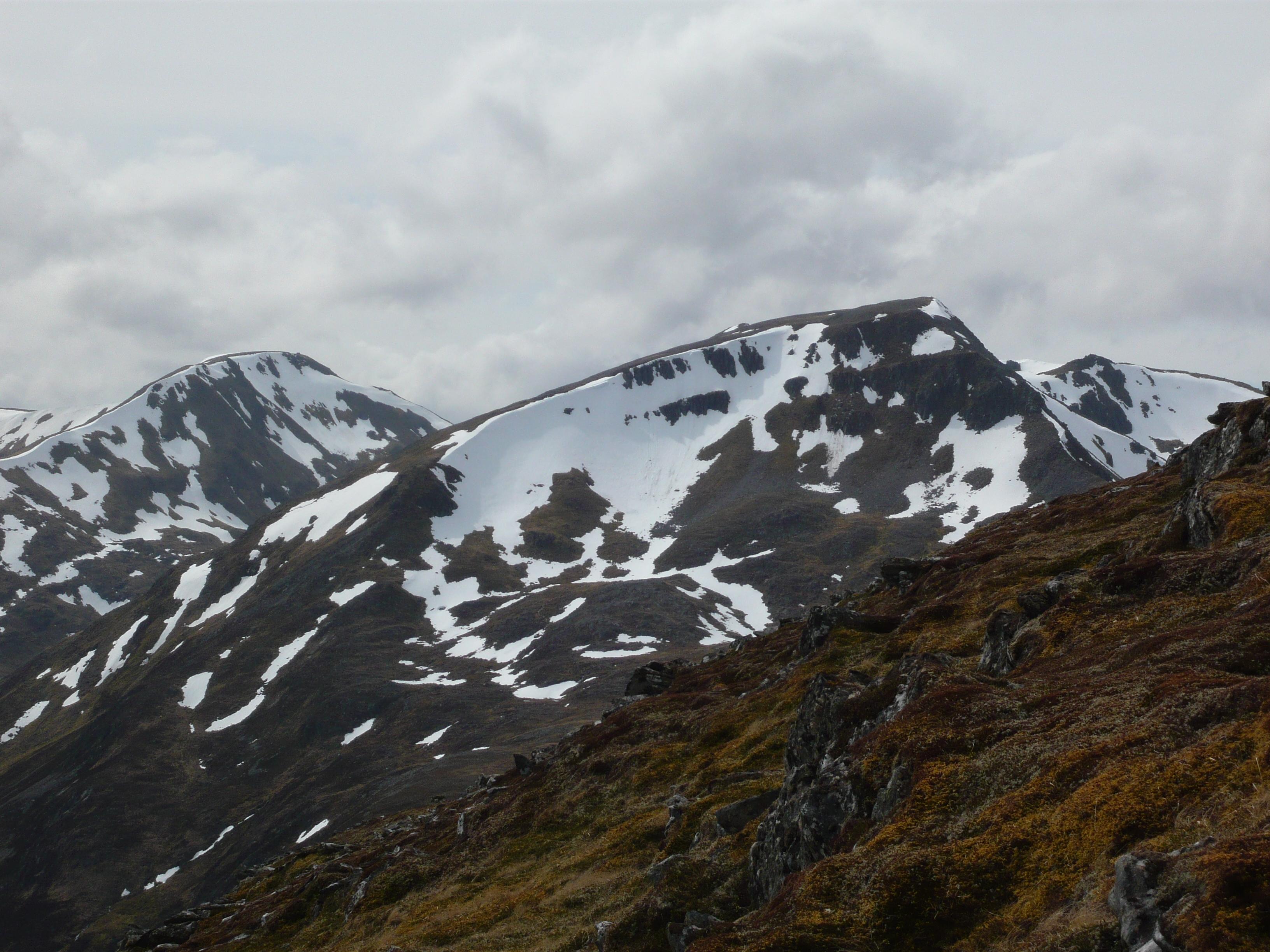 Handouts & questionnaires for assessment of depression

This blog post on coping with difficult thoughts and feelings is downloadable as both Word and PDF handouts.

“ Those who dream by night in the dusty recesses of their minds wake in the day to find it was vanity, but the dreamers of the day are dangerous men for they may act their dream with open eyes to make it possible. ” - T. E. Lawrence

Depression assessment scales come in two basic forms - interviewer/clinician rated and sufferer/patient rated.  As stated in the background information on the IDS/QIDS questionnaires (see below) "There are several accepted clinician rated and patient self report measures of depressive symptoms. The most commonly used clinician rated scales are the 17, 21, 24, 28, and 31 item versions of the Hamilton Rating Scale for Depression (HRSD) (Hamilton 1960, 1967), and the 10-item Montgomery-Asberg Scale (Montgomery and Asberg 1979). The most frequently used self-reports include the 13, and 21 item version of the Beck Depression Inventory (BDI) (Beck et al. 1961), the BDI-II (Beck et al. 1996), the Zung Depression Rating Scale (Zung 1965), the Carroll Rating Scale (CRS) (Carroll et al. 1981), and the Patient Health Questionnaire - 9 (PHQ-9) (Kroenke et al.